At the age of 12 , I got my first DVD Player. A great bargain advertisement in the newspaper made that happen because my grandfather bought every good deal that caught his eye(He still does that). So it was an Indian made DVD Player that came with a special set of 20 DVDs with mostly Bollywood titles in Hindi. With some of the DVDs in English, a language I wasn’t much familiar with, at that time. So my english skills were not good enough to help me enjoy a full feature film, but still there was one movie that caught my eye. It was a big deal because out of all the 20 titles it was just this movie that I saw, over and over again and again. There was a catch, my attention span did not lead me to watch that movie for more than 50 minutes. So every time I turned the player on it was the first 50 minutes I enjoyed and cherished. The movie was ‘Life is Beautiful‘. 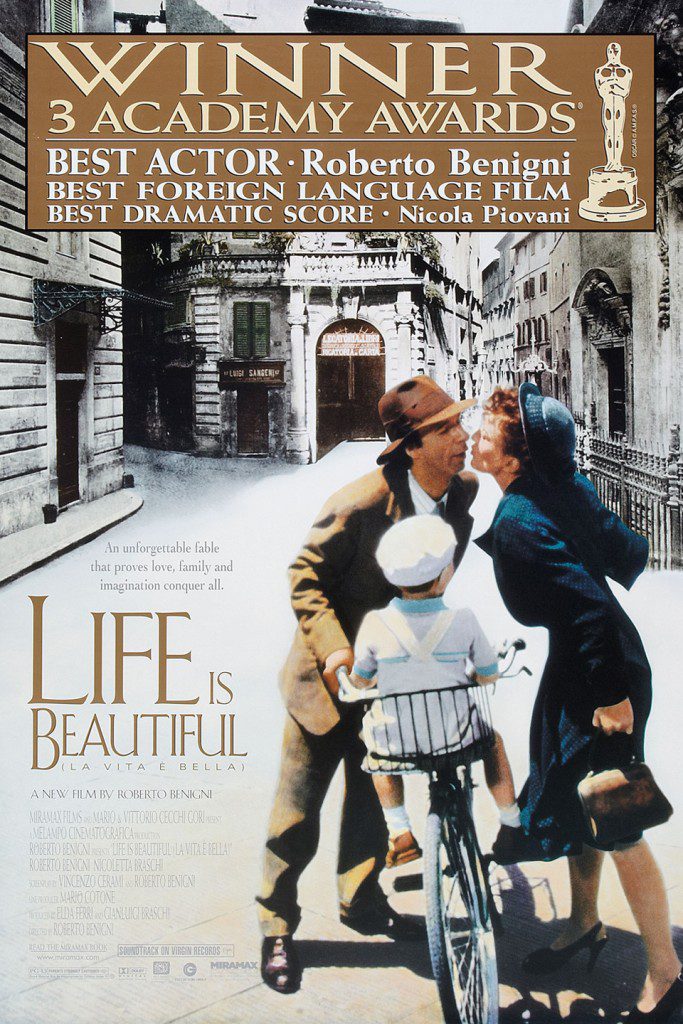 Showing some great comic scenes and beautiful places in Italy, knowing English was not necessary to enjoy the mentioned part of the movie. But that habit of mine-like other habits of childhood- also died out eventually. The memory of Life is Beautiful was frozen somewhere in my sub-conscious. I always wanted to see that movie again but could not initiate and execute that wish of mine since there were always a lot of things to do. Although I explored a lot of movies about the Jewish Holocaust when I grew up, I never came across Life is Beautiful as a movie about the same.

Well so one fine day I googled, “Movies About the Jewish Holocaust”, and came across an interesting article about some not-so-mainstream movies about the topic, and there it was when I realized that the movie I loved in the childhood was actually a movie about the most poignant chapters in the History of the world, i.e the Jewish Holocaust. 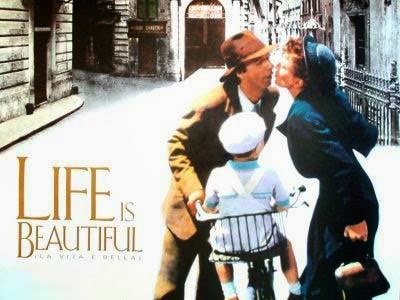 Then and There I went to the nearest DVD Store and bought “Life is Beautiful”, it was the Italian version of the film but thankfully it had subtitles. So for the first time since my childhood, I saw this movie and the moment the player passed the 50 minute mark, there was a moment of realization. An emotional moment with some goosebumps. The first 50 minutes or so, the movie showed the beautiful part of the life as it was. Whereas the remaining part of this beautiful movie was about a father convincing his little child that the concentration camp they are being taken to, is actually a vacation home and they are a part of a big game show where the 1st prize is a real tank, something which the kid really has a fancy for. It is about the father who is flowing his optimism into his little one while taking all the bad things onto himself.

Giving hope and saying all will be well isn’t easy, but the movie shows how much important it is to do that, even at the time of never-ending crisis. The movie showed that Life is actually Beautiful and we have to work towards making it so. Laughter, Optimism and Hope are the three things which we should never let go. So much has this movie taught us.

So many years later into my teenage, I came to know the true message and meaning behind the title of my most favorite movie, ‘Life is Beautiful’. And now I go on telling everybody, Indeed, Life is Beautiful.

One thought on “When I saw ‘Life is Beautiful’ The Movie”