A couple of days back, I was invited to a very special event organized by the European Union & CNIEL (National Interprofessional Center of Dair Economy, France). With the venue being the beautiful Cherie Qutub and agenda being the tasting of the finest European Cheese, I knew it was going to be a wonderful afternoon.

Not only the theme, it was the guest of honor and our host for the European cheese tasting fiesta, Mr. Fracois Robin, a humble french man with unmatched wit and passion for cheese (no wonder he is the top cheesemonger in his nation).

M. Francois emphasized on the fact that he wasn’t a chef but a cheesemonger, giving us ample clarity about his job & passion. Basically, a cheese monger’s (read specialist) job is to study, eat, sleep and breathe cheese (not literally, but I hope you get an idea about his responsibilities). So his vision is not limited to creating good dishes but to help people choose the best cheeses, pair them with the perfect ingredients and help everyone enjoy just the right essence of cheese. 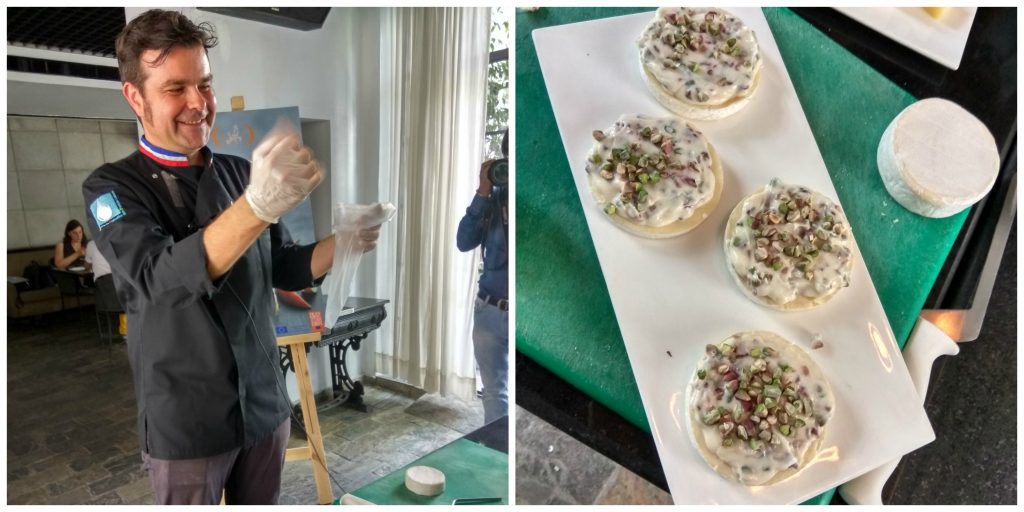 Our afternoon started with a blind cheese tasting session.The session was spearheaded by Mr. Francois as he guided us & made us aware of the role that all our senses play while savoring the aromas, textures, and tastes of the fine European dairy delights. 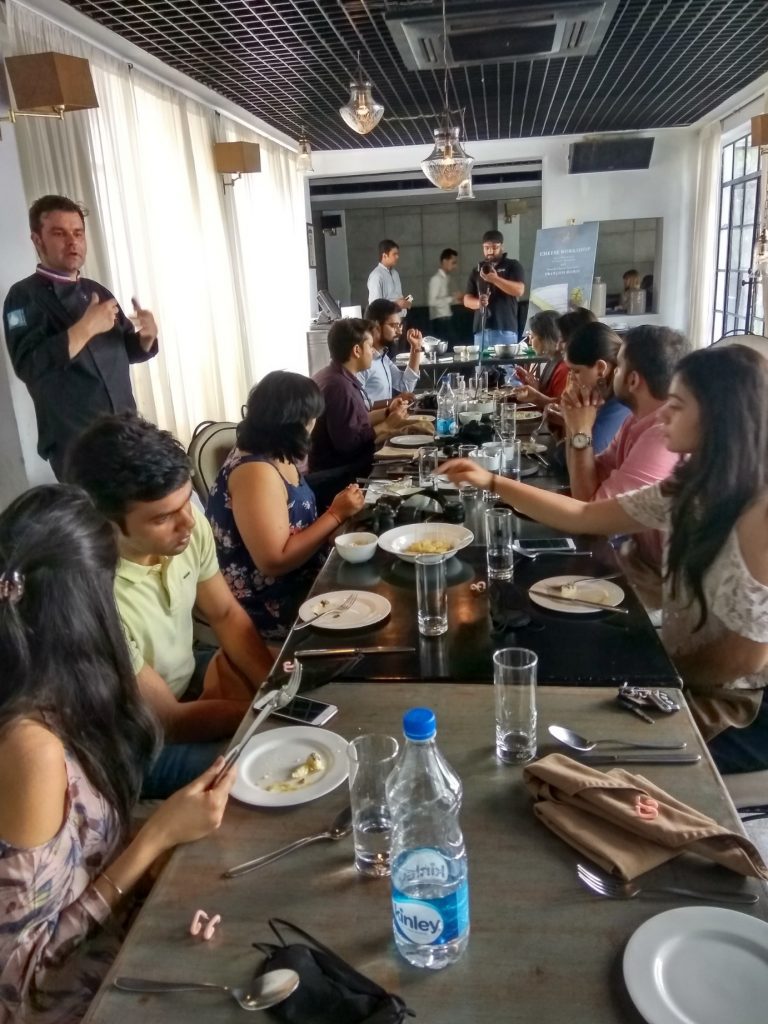 The tasting session made us indulge in the qualities of each of the four kinds of cheese in our platters. I would describe the tasting session as an intimate one on one where I felt a bond between each slice/piece of Cheese as the Chef took us through each one’s history, production process and their significance in the French culture. The tasting session turned into an elaborate discussion where each of the guests with a seasoned palate spoke out their thoughts about each kind of French cheese that was on our platter.

Brie, Comte, Goat Cheese & Roquefort were the four kinds that we sampled and savored (each having its own characteristic flavor profiles). The afternoon of cheese tasting & familiarization was successful in making us fall in love with the concept of cheese altogether (considering the fact that a majority of Indians still consider cheese as merely an ingredient that goes onto a pizza or inside a burger/wrap/sandwich). Not only would I now love to indulge in eating cheese as it is (considering it is as fine as the ones we sampled during the session), but I would definitely want to see, smell and feel the texture and would want to know the origin of the cheese being served to me.

Not only would I now love to indulge in eating cheese as it is (considering it is as fine as the European ones we sampled during the session), but I would definitely want to see, smell and feel the texture and would want to know the origin of the cheese being served to me.

M. Francois’ expertise and craft helped us gain an in-depth knowledge about cheese, French cheese in particular. Not only that, we also got some exposure to the dining culture back in France.

After the enlightening tasting session, M. Robin further demonstrated his craft by creating some of the most simplistic but nevertheless sumptuous dishes & small bites with Brie, Roquefort & Comte as the respective base ingredients. As if the fine quality cheeses weren’t delicious enough on their own, the French Cheese recipes took up the whole experience a notch higher.

From baked, stuffed Brie to the Comte Sesame Pops, the wonderful European Cheese workshop ended with a delightful lunch with all esteemed Bloggers & Journalists as we all savored the extremely delicious European Cheese dishes.