We are Delhi-ites. We face one of the fiercest winters for any metropolitan city in the country. Do we crib about it? Heck No! We embrace it with open arms. Our rich & fertile land, a wonderous culinary history and a plethora of warm ingredients allow us to have an enjoyable winter experience. With restaurants like Singh Sahib in Eros Hotel New Delhi, the winter culinary experience becomes althemore amazing. The restaurant is hosting a novel Taseer-E-Hararat Food Festival and it is all about the Indian spirit of embracing the holy nature, be it during the chilly Winters or the melting Summers. 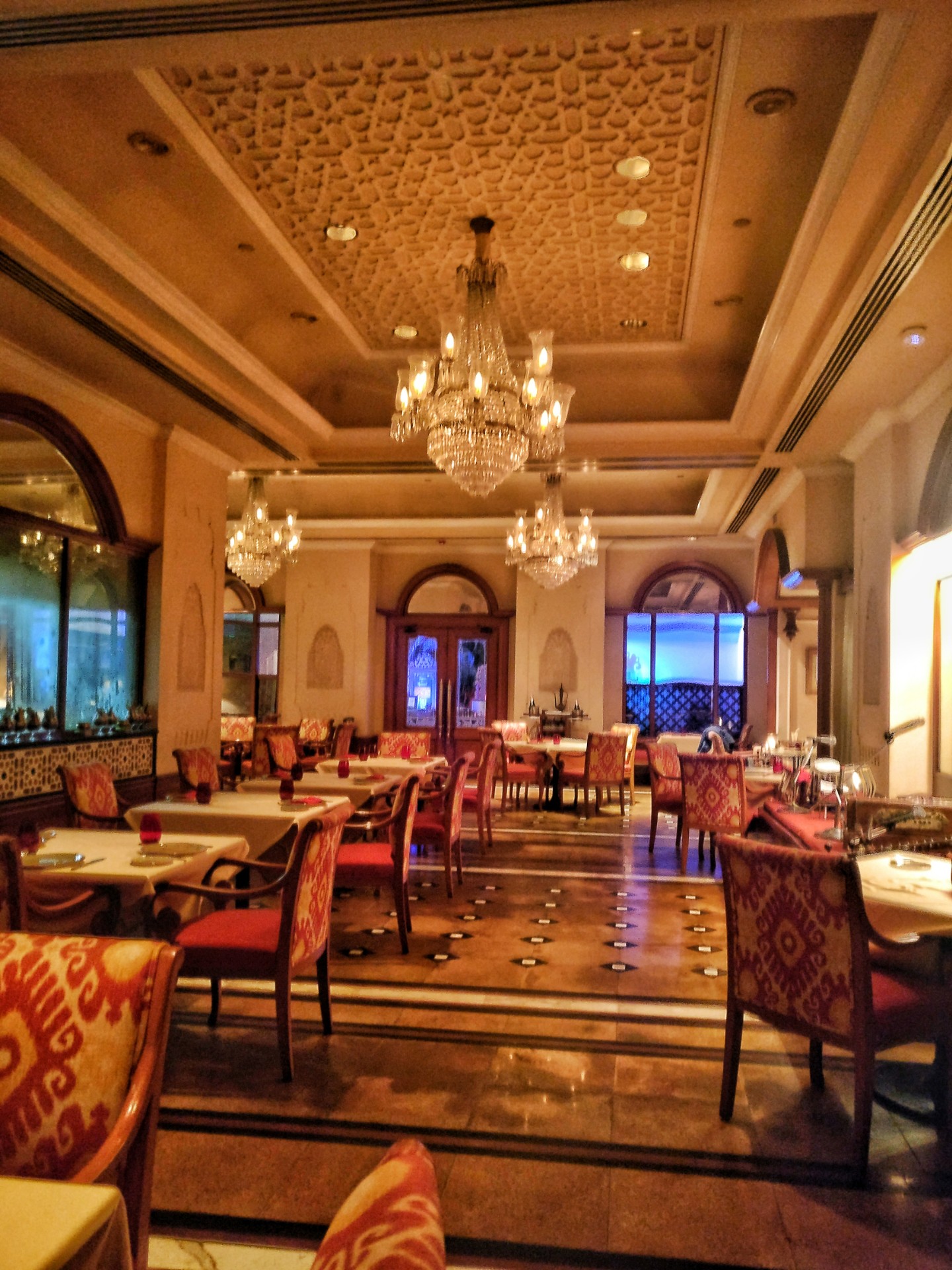 Taseer is the Urdu translation for Effect of Reaction. Hararat is the translation for warmth. The two words combine to ‘Effect of Warmth’ in the context of the choicest ingredients that bring about the same effect of warmth in our bodies, via the dishes cooked using them.

Taseer-E-Hararat is a celebration of a host of such celebrated ingredients (with the likes of Pistachios, Saffron, Chillies, Garlic, etc.) that provide not only a burst of flavor but also a wonderful therapeutic value to the food. 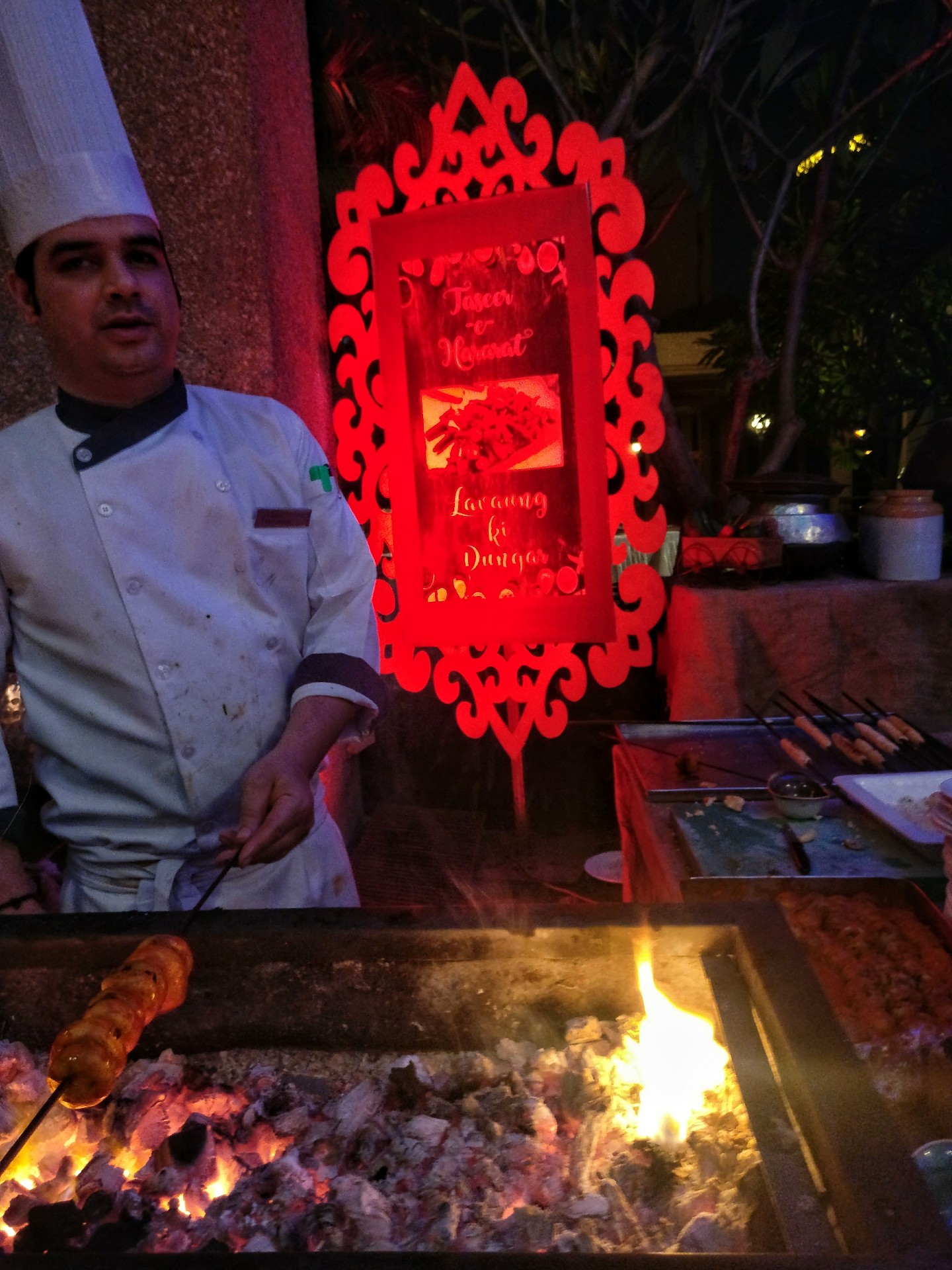 You can expect the buffet spread at Singh Sahib to be divided into several sections, each one with an allocated ingredient. So there is one each for Pistachios, saffron, Mirch (chillies), Corn & garlic. The sections have a range of scrumptious Indian dishes, most of them made with secret or traditional recipes from the historical Indian kitchens. The dishes cast a magical spell of flavors alongwith the desired Taseer-E-Hararat or the effect of warmth that is essential for the Delhi winter.

The buffet spread is priced at a fairly reasonable rate of Rs. 1599++ per person and the same unlocks the entire ellaborate buffet of Taseer-E-Hararat that could be enjoyed with an unforgettable mini-concert of Live Ghazals and melodious old Bollywood songs.

Some of our favorite dishes from the Taseer-E-Hararat food festival at Eros Hotel;

My favorite station was the one dedicated to Makai or Corn. The first dish to catch my fancy was the Bhutte aur Kishmish ke Gullak. Tiny deep fried fritters of corn filled liquid cheese and Kishmish for sweet juicy burst of flavours.

The Makai Murgh Hareesa; a close relative of Haleem, but original in its flavors and the warm essence. The authentic Kashmiri winter dish had a burst of spicy flavors enveloped inside an fibrous amalgam of broken wheat, corn & lentils.

Makki Ki Roti Chicken Tikka Roll: Your ultimate comfort food, Kathi Roll presented in a rich new avatar where the roomali is replaced with a thinner version of Makki Ki Roti or as a Mexican would say, Corn Tortilla.

The cloves station served my absolute favorite main-course dish, the Baroni Banjan. An eggplant preparation that surpassed all my expectations I would generally have from a Vegetarian dish. It was loaded a garlicky flavor that was complemented by the smokey clove flavor. The symphony of these two flavors casted a magical spell on the taste buds. I had this preparation with a piping hot Anda Parantha from the Roti ki Tokri and this was another beautiful combination from the Taseer-E-Hararat spread.

Pista is easily my all-time favorite dry-fruit. As a winter ingredient as well, it enchanted my palate. The first dish that comes to my mind is the Chudidar Pista Aloo. Except for the fact that our serving was overly spiced with chilly flakes, the dish had its heart at the right place and the crispy twisted texture would be thoroughly enjoyed in servings that are less on slice.

The best of the lot was the tender and soft Pista aur Mawa ke Kebab. The sweetish flavor of the soft kebab with Khoya(finished on a traditional shigdi) was required to be balanced with a spicy mint chutney and the combination worked out really well. 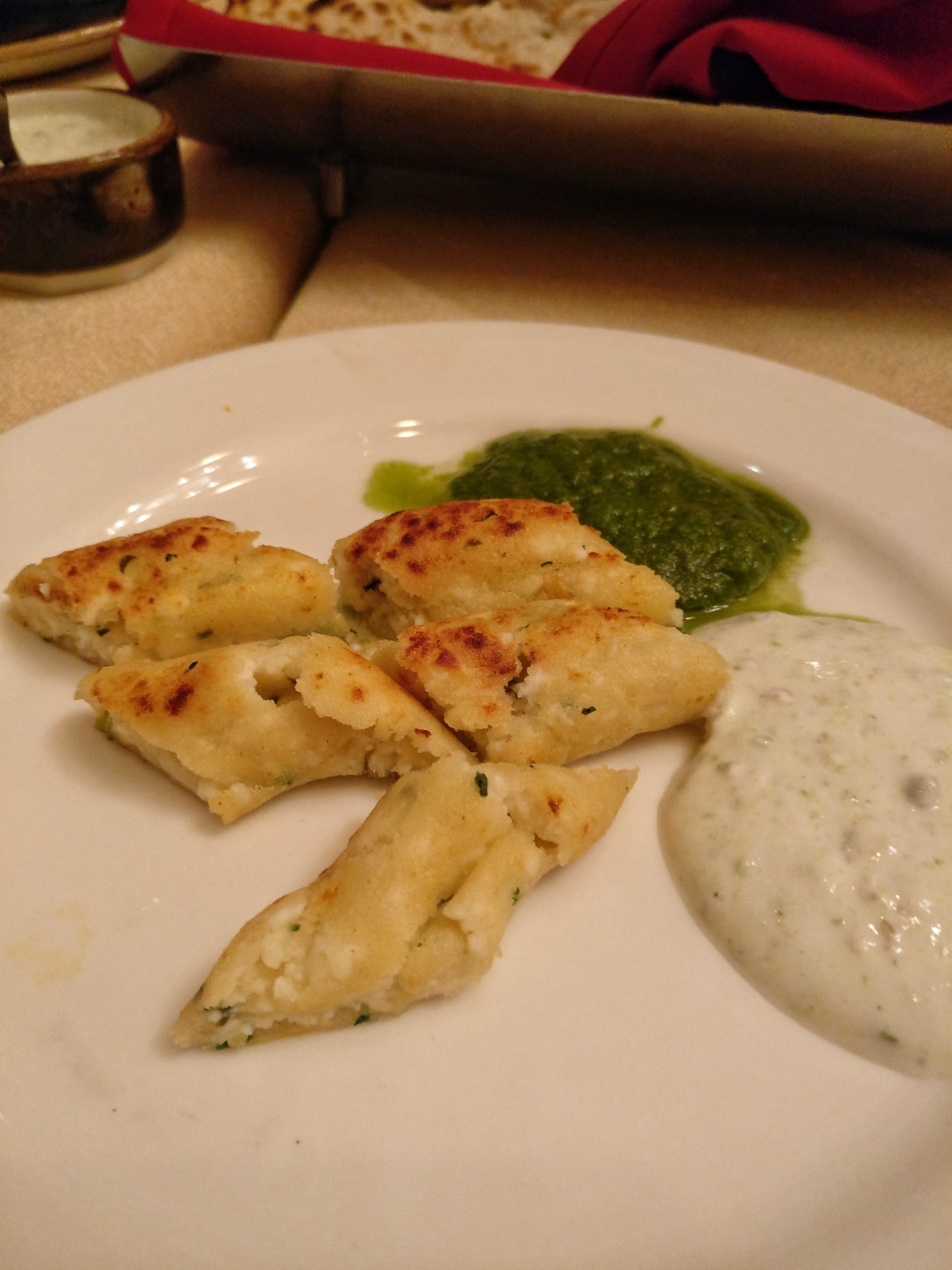 Apart from these highlights the Taseer-E-Hararat food festival has a plethora of options like the traditional Kahwa (enjoy it post your meal) from the Kesar ki Rangat, Raan Biryani from the Gosht ki Nazakat station, Akhrot ka Halwa (a wonderful walnut preparation) and what not!

The Taseer-E-Hararat festival is on till 11th February 2018 (7 PM To 11 PM) at Singh Sahib Indian Restaurant in Eros Hotel New Delhi (Nehru Place). The spread costs just Rs. 1599++ per person and is just the right Winter Dinner Buffet that you’d love to enjoy with your entire family.