A couple of days back, I was there at the newly opened Khaaja Chowk at the MGF Metropolitan Mall, Gurgaon. The food was not only rich in taste, it also told a story. Indian Cuisine is anyway full of legends, hence, it was an enriching experience to dine again at Khaaja Chowk, this time with the promoter of this Indian food chain, Mr Vikram Nair.

A Day with the Promoter of Khaaja Chowk- Mr Vikram Nair

An author of some fine culinary books like ‘Gone with the Vindaloo‘, Mr Nair’s vision has translated into the fine Indian food cafe chain, as we know, in the form of Khaaja Chowk.

Over lunch, we got to discuss his ideology, his favourite dish, cooking methods, some pieces of food history and of course, the origin of Khaaja Chowk as it is today.

Khaaja, the name itself has been lately associated with an old school simplistic dessert consisting of pieces of bread dipped in Sugar Syrup. The name is, of course, a synonym of a Hindi call-out that translates to ‘Come and Eat’ or ‘Aaja Khaaja’.

This very instance shows how close to the roots, this restaurant chain is. Khaaja (the dessert) may not have been able to find a place in the existing menu of this restaurant in MGF Metropolitan Mall, Gurgaon, the Shahi Tukda is still there, a fancier version of the Khaaja. 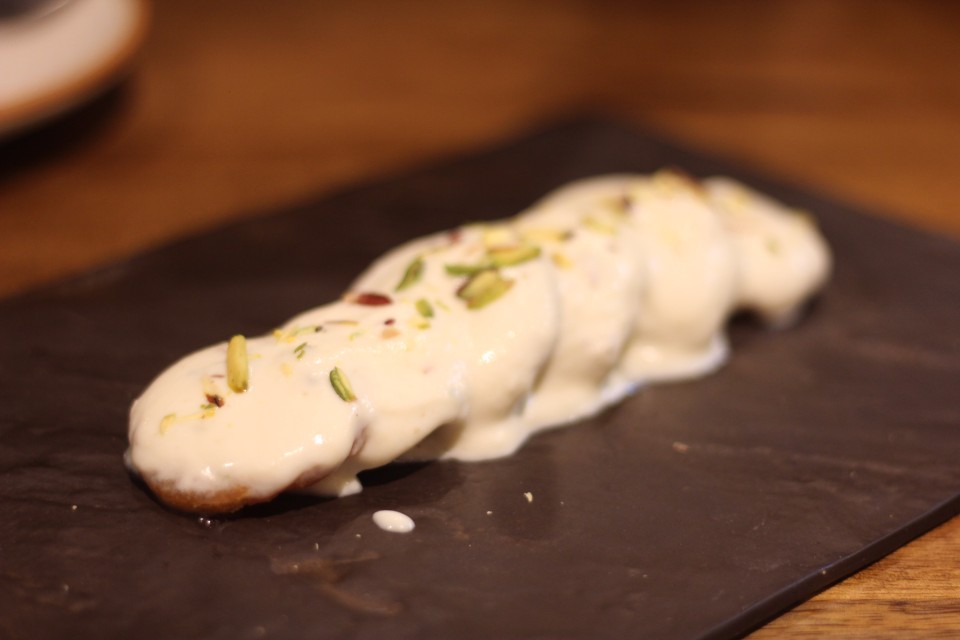 A chat with Mr Nair made us familiar with the man’s vision involving slow cooked food. In an age where fast food is gaining so much popularity, it is such soother to see someone working hard to popularise slow, old school but a seasoned style of Handi cooking.

In Khaaja Chowk’s menu, you’ll find plenty of slow cooked food. The signature dish, the Flaming Claypot is a dish that takes 3 whole hours in an oven. A small kitchen tour introduced us to the full technique from scratch. Here is a small video of the same.

In the main course menu of Khaaja Chowk, MGF Metropolitan Mall, Gurgaon, the Dum Cooked dishes are also the ones not to be missed. Dum technique also renders some unbelievable lingering flavours to the Meats. The Rajasthani Laal Maans was the highlight for me. The tender meat in a red mildly spicy gravy had a lasting aftertaste on the taste buds. 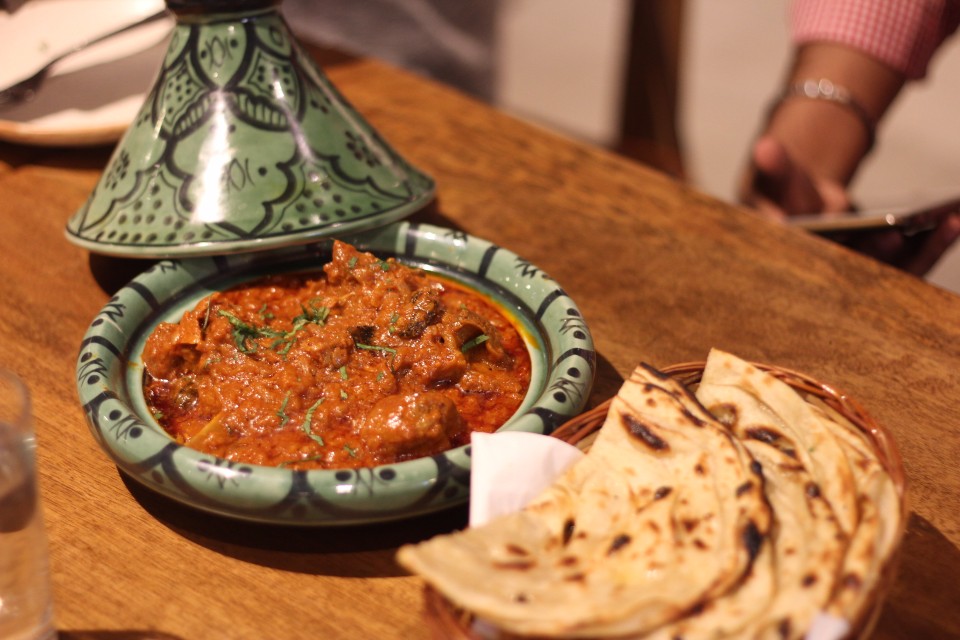 Dum Ka Murgh was another superb dish from the same section. Rich, dry fruit laden gravy with the perfect mix of spices seeped into the succulent chicken by the Dum technique.

Mr Vikram Nair had plenty of stories ranging from the Prodigal Nawabs to the royal Cooks of that era, and how some of the dishes had legends and stories attached to them. What an enlightening day it was. It has really awakened my curiosity towards food history. I now believe, whenever you take a bite of well cooked Indian food, you not only indulge in a journey of spices and flavours, you also become a part of our super rich food heritage. After all, food tastes best when it is closer to the roots, and Khaaja Chowk definitely delivers that with full success.